Home » Devotional » Sabbatical Stories: How a Bushwalk Changed Everything

One year ago today we took a walk along the coastline of the Pacific Ocean.  Perhaps the Lord knew he had to get me Down Under, upside-down and that far away to do a deep work.  It was a walk that changed me forever.  I’ve been slow to share our journey because I didn’t want  to share stories without them first becoming a part of me, a part of us.  And while the walk changed my life, this year has been a process of continuing to walk out the truth of the journey.

My husband called me early December 2017 to tell me that we had been awarded the grant, to have the opportunity of a lifetime – to have the summer off and tour 25 states and Australia.  Rather than responding with elation my demeanor expressed apprehension and anxiety.  The infinite unknowns and being away from home had me bound up in a panic attack that looked like the month of April. There was no escaping it.  All seven of us were going on an adventure I could not control.

In college, I remember a moment in the middle of the parking lot when someone courteously asked me how I was doing. A friend of mine playfully mocking, covered for me before I had a chance to speak. With all the feminine achievement his masculinity could muster, he replied with an animated high pitched voice and bent knees to succumb to my 5′ 3″ status, “STRESS-ED!” I was a bit surprised at the voice answering for me, and saw probably for the first time how the binding stress actually defined me.

I wore stress like a second skin, shrink-wrapped so it was hard to breathe. Stress might bend better if it were spandex, but it was a confinement I was used to. I didn’t manage stress, stress managed me. Call it what you want — anxiety, responsibility, stress, worry, fear of not enough time, fear of not being in control, fear of the world falling apart because you cannot manage it.

My husband pointed out this after-market add-on early in our marriage. I explained to him it was part of my personality. He encouraged me (using less metaphors) that the shrink-wrapped stress I had worn my whole life wasn’t very becoming and it would be better to do life without the clear exoskeleton. One small problem remained. When you have been shrink-wrapped your whole life, it holds you together.  It’s confining, almost comforting, in a spanx kind of way.  I didn’t know how to break free.

Our family along with my sister’s Aussie family took a small “bushwalk” along the coastline of Noosa National Park, Australia.  We walked under the no-bark Tea Trees and Eucalyptus Trees that were likely hiding some curled up koalas. Along the coast we saw miles of whitesand beaches, turquoise waters and a dolphin jumping as if he knew he could frighten the paddle-boarder with an unsuspecting splash. At the end of the bushwalk, our entourage of twelve stopped briefly to take the quintessential photos that say we made it to the destination. 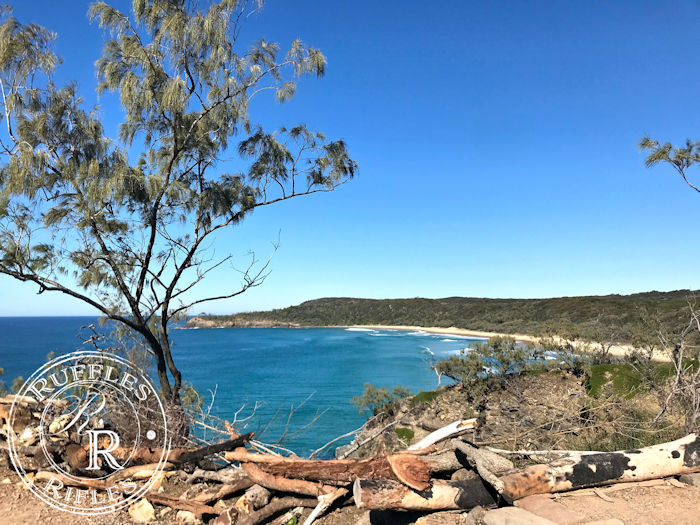 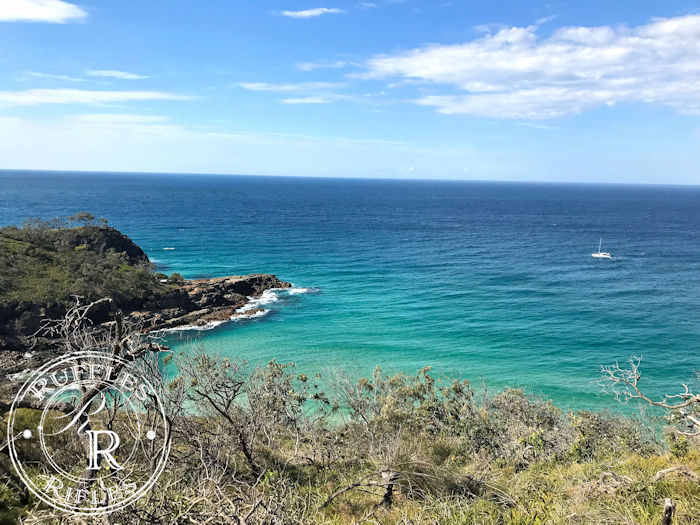 However, something life-altering happened on the return walk. As hurried footsteps took back the ground where we came, my four-year-old expressed a different desire.  His life hadn’t yet been marked by beginnings and endings. Instead, he absorbs life full of discovery and wonder.  My son wanted to throw rocks in the ocean. As I tried to hurry him along, to catch up with the others, no doubt training for their next ultra-marathon, my husband stopped me. “Why are we in a hurry to get back? We have nothing to do the rest of the day. Let’s enjoy the journey.”

Enjoy the journey.  That seemed like a good idea, in theory.  It’s something people often write about, something I’ve written about. It’s one thing to say the words, but its another thing to translate those words to life.  To enjoy the journey requires us to change our focus from expressly being on the destination (by worry or sheer drive) so that we can actually behold the wonder of here and now.  We don’t lose sight of the end, but our focus changes.

So there on the return bushwalk, we stopped to throw rocks.  Then we stopped, again, and again, and again.  Step by step we were walking in the joy of the journey instead of striving for the destination.  I watched in wonder as little hands engulfed golf-ball sized rocks and released them, as if throwing away the constraints of life.

Perhaps a little blonde-haired boy changed the landscape of a trail just by wanting to see if his left arm could launch a rock into the Pacific. The landscape of my heart was changed that day, too.  Getting to that place had been a three-month rest-journey in itself, of letting down and letting go.  Had we that experience at the beginning of our sabbatical we likely would have missed it. The shrink-wrapped stress I wore so diligently began falling off, and my skin started to breathe. 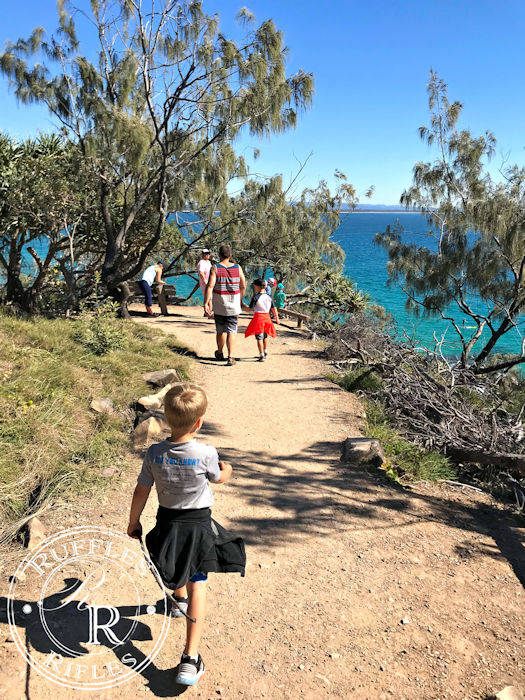 When you’re skin begins to breathe you find out there is less to worry about in the future, and less to feel guilty about in the past.  You begin to be fully present, and enjoy the moments, rather than be held captive by the destination.  I could have read books and blogs and self help books til I was blue in the face on how to be present and how to let go of stress.  But, until I experienced it (and it took three months of “doing nothing” before I could get there) I would have never known the possibility that became me.

The last month of our sabbatical I experienced peace like I hadn’t known before.  I wondered and hoped it could translate to real life.  The first month home, re-entry proved a struggle not because life without stress is impossible, but because putting old structures into new paradigms don’t work.  I felt like a pressure cooker ready to explode.  The problem was, I had tasted and seen life lived from peace and I wasn’t willing to return to my shrink-wrapped ways.

One day, my husband and I sat at the coffee shop continuing to debrief and dream simultaneously.  Tears accompanied my words and thoughts as frustrations mounted.  “You need to find the thing that can relieve the pressure,”  he said, logically, tangibly.  Before our sabbatical, I felt responsible and disciplined to do all things I had committed to and then some.  The American dream is to pack as much into seconds, hussle as hard and fast as you can, and then list it as accomplishments.  But to live from peace, I had to let some things go. 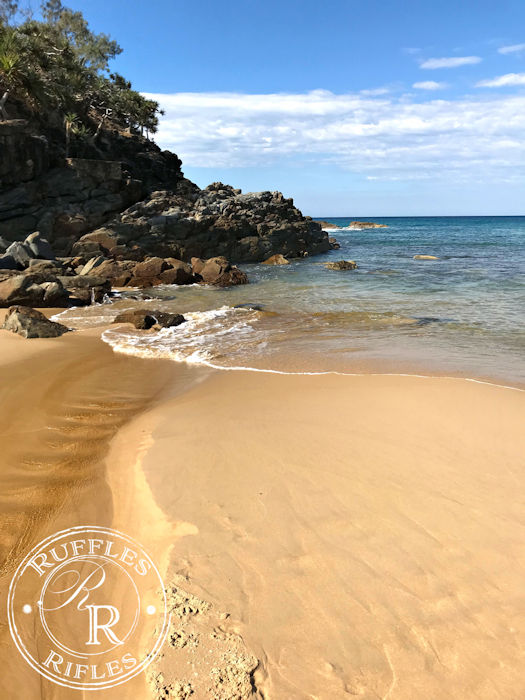 Things continue to shift and fall into place, fall into peace.  I am fully convinced the way the Western Culture has told us the way to live isn’t.  I’m not advocating a life of doing nothing, but for doing the right thing.  Maybe it looks like setting the phones down and reading a pile of books to our kids.  Perhaps its shutting off the recordings of yesterday or the what-ifs of tomorrow.   Could saying “no” to something great be saying yes to something greater?   What if hussle, hurry, and perfection are lies that embody shrink-wrapped stress?  What if today it was temporarily forgetting about the destination and allowing the time to just throw rocks? Could it be, in some cases, the slowest person wins?

My life looks different now, I am no longer constantly confined by the shrink-wrap that once became me. And the days it threatens to engulf me, I know it is not the only way to live, and I take steps to throw those rocks again.  Engaging in the joy of the journey takes the gift of the present and opens the door to peace. It is the place where trust merges with life and allows for a Presence to take care of the rest.

4 Responses to Sabbatical Stories: How a Bushwalk Changed Everything