When I married my husband eleven years ago, I moved into the house he had been living in for the two years prior.  It was his grandmother’s guest house, and it is our joke, that she furnished and decorated it with all the leftover stuff she no longer liked.  It was like a living museum of the 70s.  A brown furry couch, a star clock (before they were popular again), a sunshine yellow kitchen sink, copper tins on the peach colored wall, brown and gold shag carpets, doilies accenting every horizontal space possible, indoor/outdoor carpet in the kitchen, and lots of dark press board furniture.  It was a bit overwhelming.  Luckily, before we were married, we had some miraculous provision and the walls were repainted, the entire house was recarpeted and we got updated 90s furniture.  I cannot begin to tell you how grateful I was.

But in our financially-challenged position (and I mean we were POOR), some things we just had to make due with.  There was this night stand in the guest room.  It was 100% sturdy metal, painted like wood, and covered in a doily of course.  And it became one of those things I just looked over.  When the guest room became the baby room, the nightstand got placed in the garage (aka, the junk storage) and was forgotten, for about 8 years. 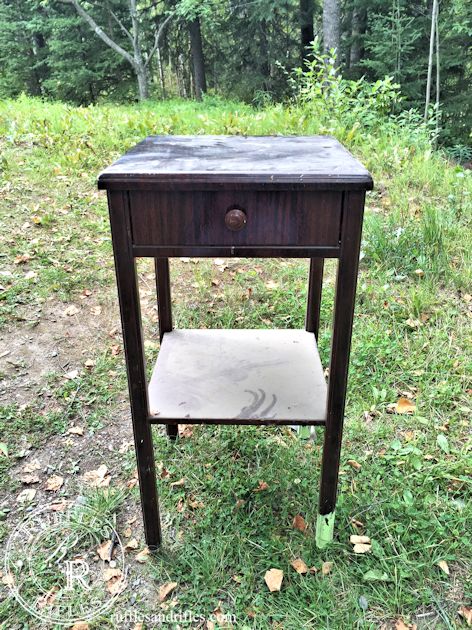 Then last summer I saw it hidden along the wall, and realized it had great potential as an industrial looking nightstand with the touch of some metallic spray paint.  I’m not a huge fan of spray paint on furniture, however, I think metal and plastic are the two exceptions. 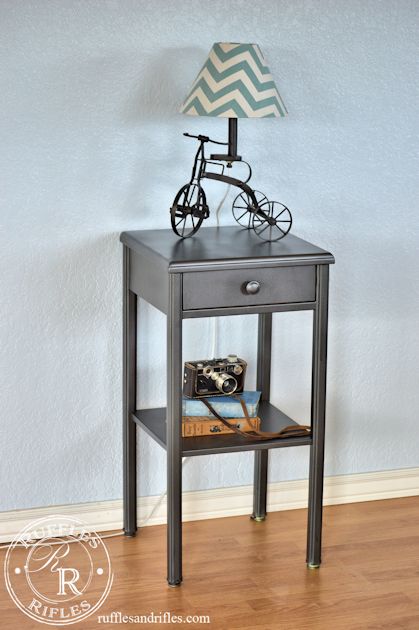 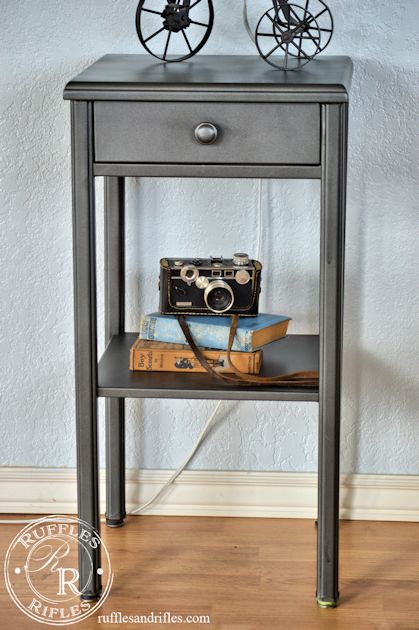 So I bought a can of Rustoleum’s Flat Soft Iron and sprayed light coats on the little metal beauty.  Truly, it turned out better than I had imagined!  Eventually, this will go in my older sons’ room, but until we move to a larger house, I’m holding it my baby’s room. 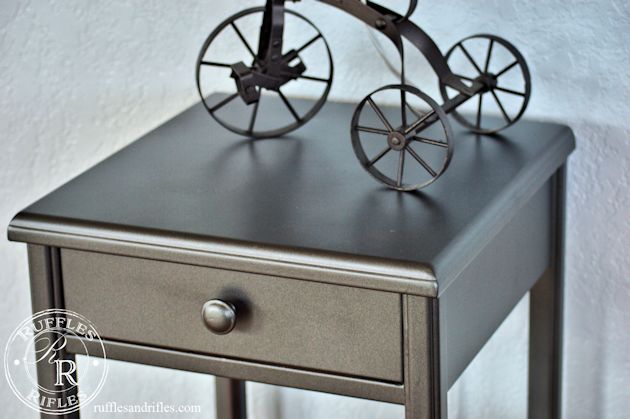 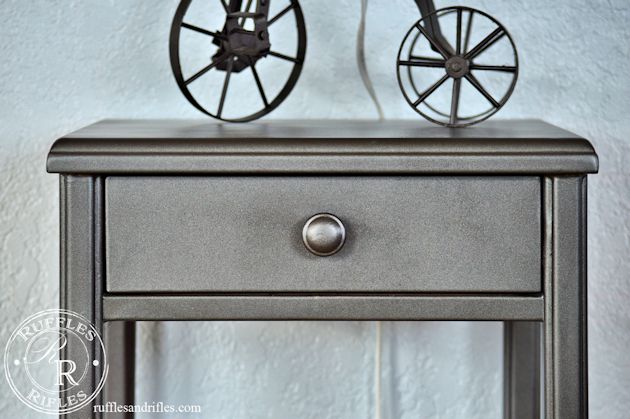 The lamp on the nightstand was an original creation too.  I found the tricycle at a garage sale a couple years ago, and decided to go with a bicycle theme for the baby room (that was before vintage bicycles were everywhere like they are now).  I spray painted the tricycle in Oil Rubbed Bronze, and broke another old lamp for needed pieces.  Then I had my hubby drill a hole through the seat and we constructed a new lamp.  I glued the chevron fabric to an existing lamp shade and have a vintage tricycle lamp. 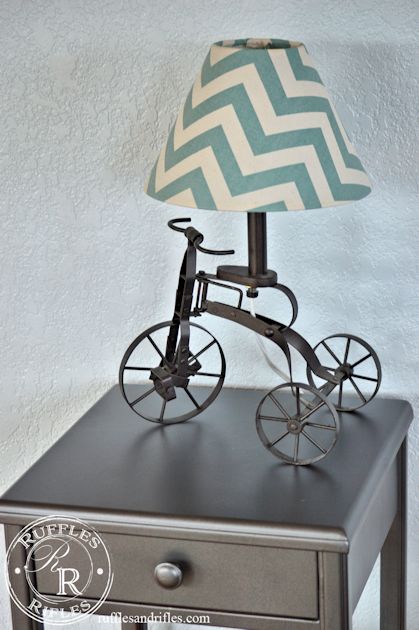 I think I finished this project in record time, and I only had to spend only $7 for the upgrade!  Not all furniture makeovers are super involved, but the smallest touches can make a huge difference!

Thanks, once again for stopping by!

One Response to Industrial Nightstand and a Tricycle Lamp