I’m always on the look out for a great mirror.  The heavy old ones, wrapped in pure wood.  I’ve found they’re pretty hard to come by, and if you do, they’re around $100.  And it’s not that I couldn’t scrape up $100, it just doesn’t seem worth it to me for a mirror.

So I stopped by my favorite thrift store a couple weeks ago, and as I walked in, in an unusual spot, I spied this mirror, covered in shiny black latex paint.  I pulled it off the shelf and discovered, beautiful curves and real old fashioned wood on the back.  And it was heavy! And the price tag was much more pleasing to me at $15. 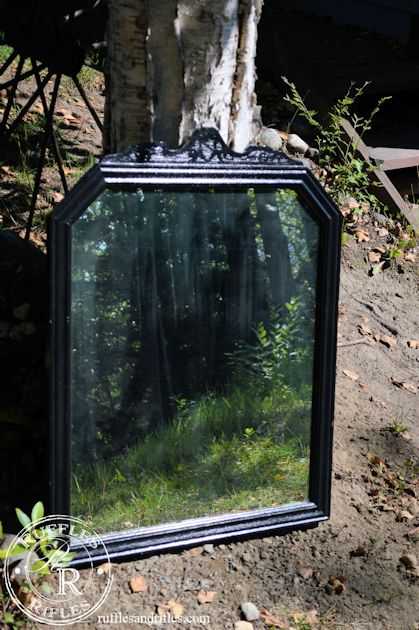 So I lugged the thing and a boy in one arm, and three tagging along behind me a block and half (I hadn’t expected to find anything of substance I guess) back to the car.

I brought the mirror outside to work on.  Some of the black latex peeled right off to reveal pretty wood underneath.  I kinda am partial to pretty wood, unless it’s beyond my knowhow of restoration. In this case, the frame had evidently lost the pretty wood carvings on top, and it showed.  So I decided rather than messing with stripping it fully, I would take a new adventure in Annie Sloan Chalk Paint. 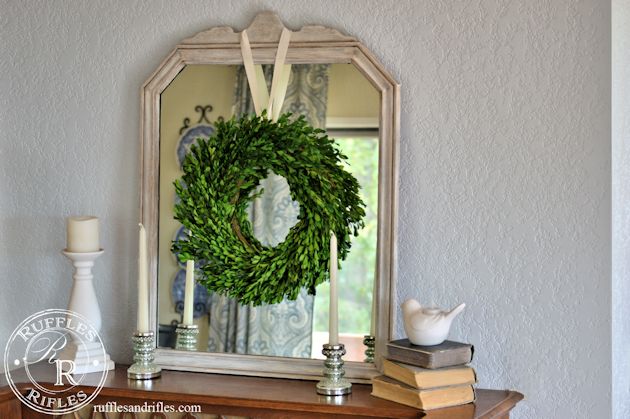 To date, this is the second little project I have done with ASCP.  And for some projects, it is just what you need.  It adheres to anything, and unlike milk paint has really great coverage in only one coat.  I ended doing two coats of Paris Grey, followed by a watered down light and messy coating with Old White.  I waxed it with Miss Mustard Seed’s antique wax.  But then I decided it was too brown.  Oh dear. 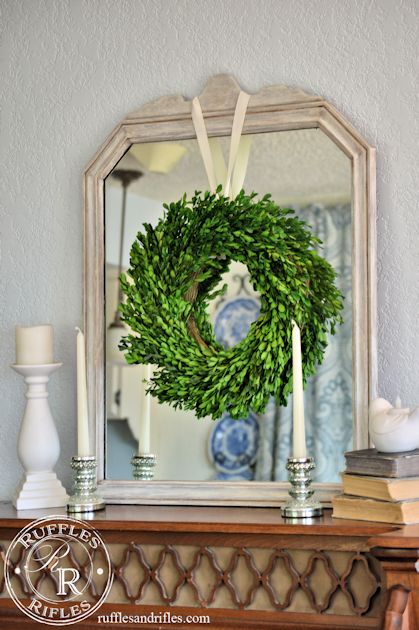 So, since chalk paint adheres to anything, I figured I’d just keep going.  I lightly sanded the antique wax layer, and started layering the two colors back and forth again to get the chippy, weathered French look which I love.  I then finished it with MMS furniture wax and used antiquing wax only in the crevasse along the edge for antique effect.  I acutally love that the antique wax was a layer too, it just comes through as a layer at some spots. 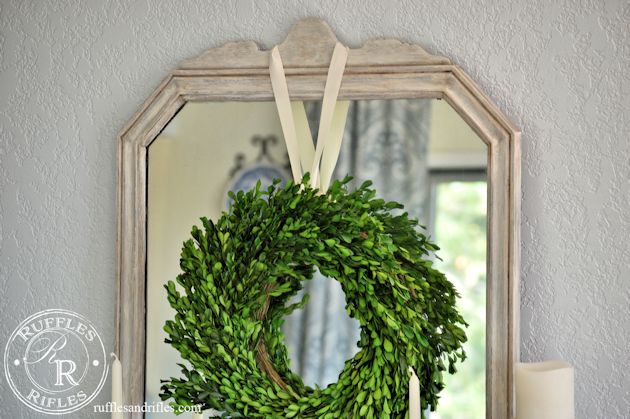 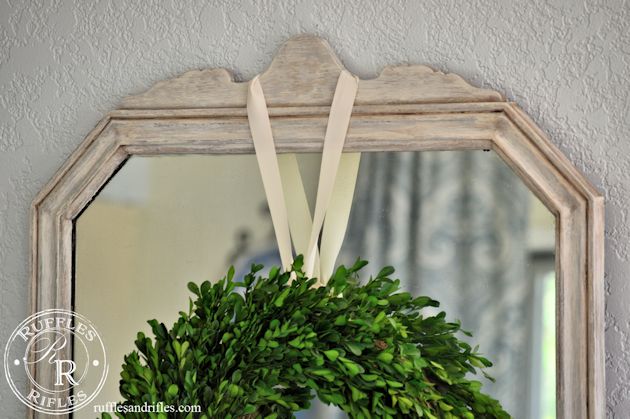 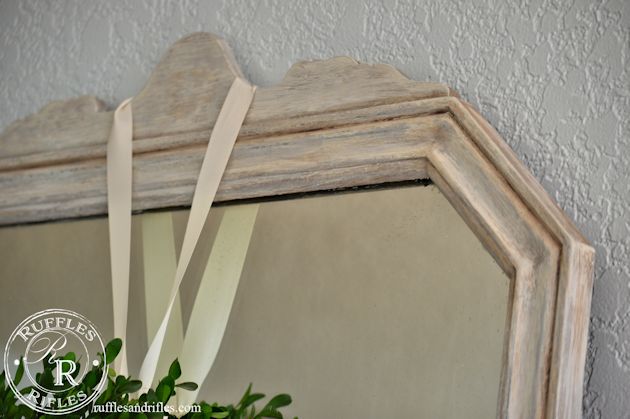 I originally had the mirror in my room on my dresser.  It was pretty but it was too dark to photograph in there.  So I moved it to the organ just to photograph it, but, it was so pretty, it stays, at least for now. 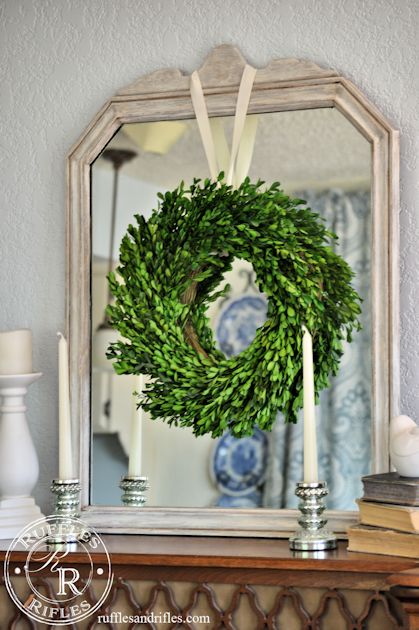 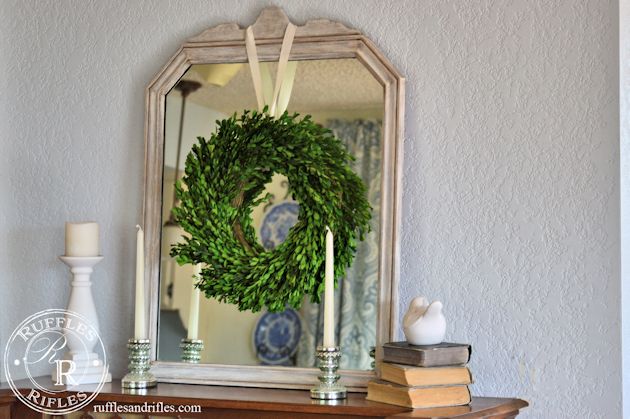 This post was featured by French Country Cottage in Feathered Nest Friday.