In the last year, I have had quite the on going drama when it comes to the bar stools at our counter.  Several years ago we bought these two black X-back bar stools off of craigslist.  I have always loved them, their French Country bent and their sturdy composure as they hold wiggly, growing boys on top.  But I was always frustrated that we only bought two, though there were more available, we were thinking very short sided as our third boy at the time was a baby. 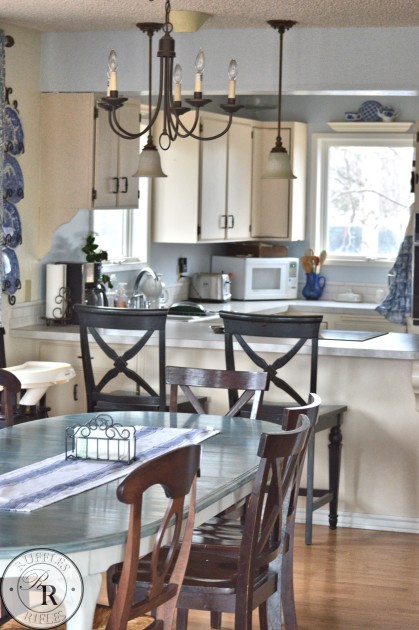 When the third boy was old enough to start joining his brothers at the counter, I found two bar stools at a garage sale for $10 a piece.  They weren’t matching, but I hadn’t found three matching that I liked.  So I reasoned I could paint one black and call it good.  As I sanded and stripped the stained one, its twin was involved in a backwards flip, and the back busted off (no boys were hurt in the accident, thankfully).  I finished painting the barstool, now three years ago, and it sat at least matching in color, although the styles not completely cohesive. 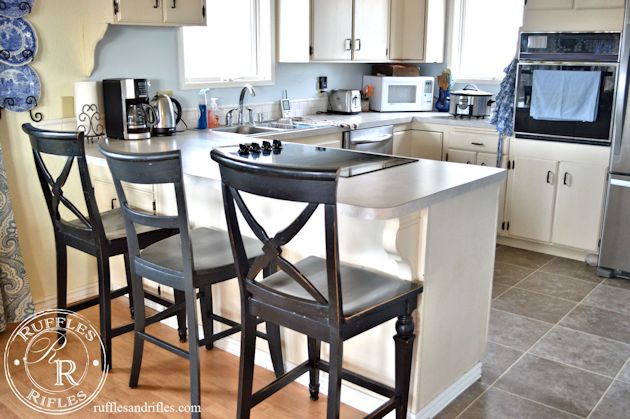 I was at a thrift store about a year ago and discovered three smaller upholstered X-back barstools for a great deal.  I reupholstered them and made slip covers to keep them looking decent (see here for that post).  But the reality of upholstery and three little boys quickly became a nightmare, and I didn’t want the stress of keeping them clean to override the welcoming kitchen we had established for our boys.  So I sold them, within the month that we had them. 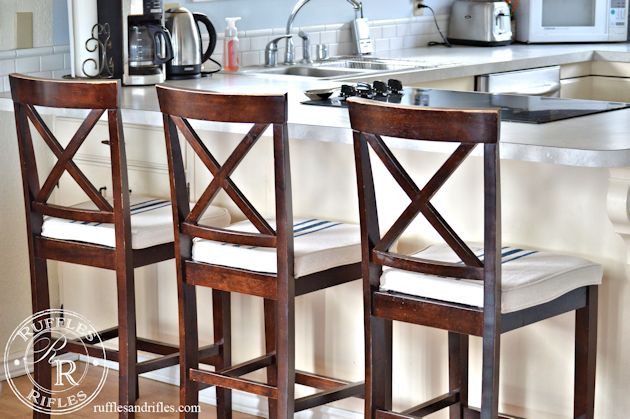 Then I saw that one of my friends had three cream colored X-back bar stools for sale on a local Facebook furniture sale page.  I told her I would take them.  I was so excited for a matching set!  In my excitement, I decided one day, while a little bored last summer to be creative and paint the unmatching barstool into a European grain sack bar stool, since we weren’t going to need it anymore (click here to see more on that post).  It turned out cute, if you ask me. 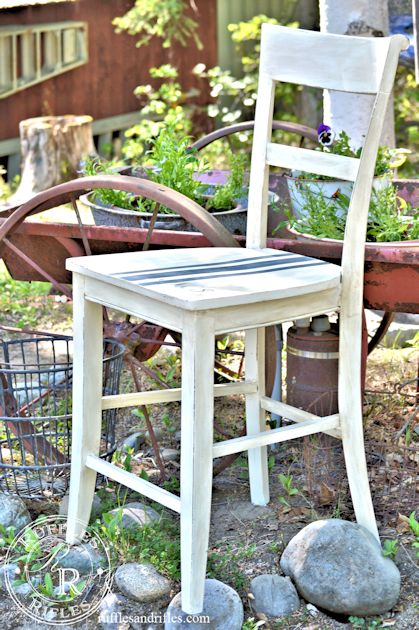 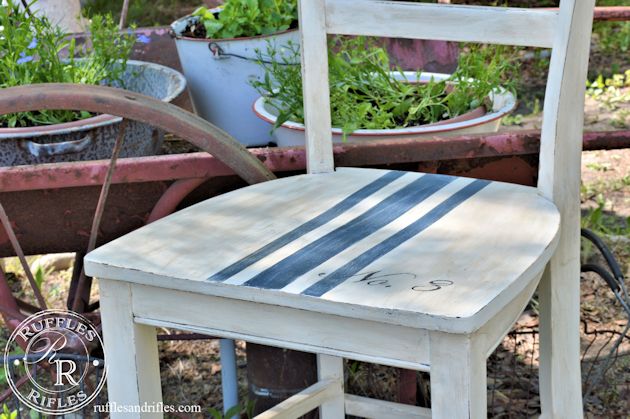 However, upon arrival at my friend’s, I decided the bar stools which I had anticipated purchasing were not quite right, and had a bit more wear and tear than I had originally thought.  So I came home to my now unmatching set of bar stools, a bit frustrated with my impetuous decision to paint the odd bar stool.  Lesson learned, don’t count your chickens before they’re hatched.

So I continued to keep my eyes out for bar stools (as I have over the years) and in November came upon a set of three EXACTLY like the black X-back I already had.  So I asked my regular questions, are they sturdy, has there been smoking around them, etc, and the answers came back satisfactory, so I sent my husband on a mission to retrieve the matching set of bar stools.

Upon arrival at our house, my husband informed me that there was a heavy smell of smoke in our car.  Funny how the chairs that had not been smoked around told a different story.  Funny how so often we try to hide and evade the truth, when the very thing we’re hiding speaks louder than words.

But, the story of the chairs had to be changed.  I have an overly sensitive nose (my husband actually calls it the super sniffer), and this was not just subtle smoke, it was BAD.  So I did a whole bunch of reading on Pinterest about what to do with smoke invested furniture.  I knew as a last resort I could paint the barstools, with a primer that masks the smell.  However, I didn’t want to just mask over the problem.  I wanted this chair to be rehabilitated.  (I started with just one, not knowing how many we would need for our next house’s counter bar). 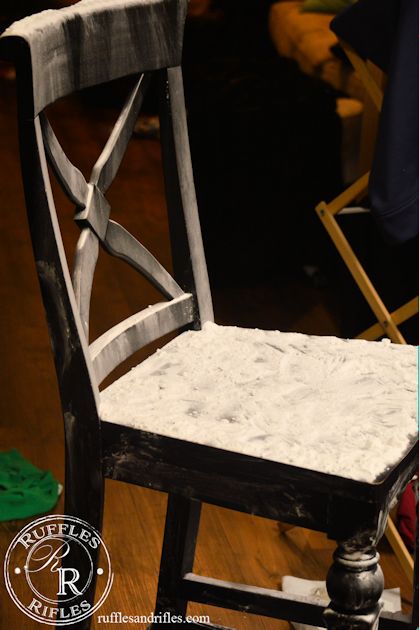 So I doused it with several rounds of half water – half vinegar solution.  That seemed to do nothing.  So I dumped two boxes of baking soda on and around the chair and wrapped it in garbage sacks, put a couple of dishes of vinegar on the bottom to continue to absorb the smoke and duct taped it all up. 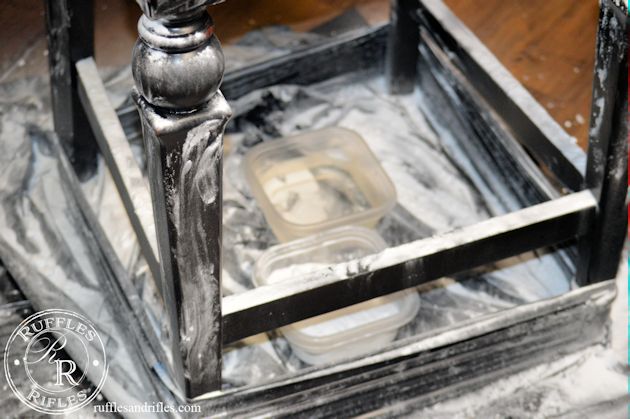 The pins I had read all suggested a week and their projects were better.  I came back to my chair a week later and was met with disappointment.  The chair showed no improvement by evaluation of my super-sniffer.  So I taped it back up, letting time do its work. 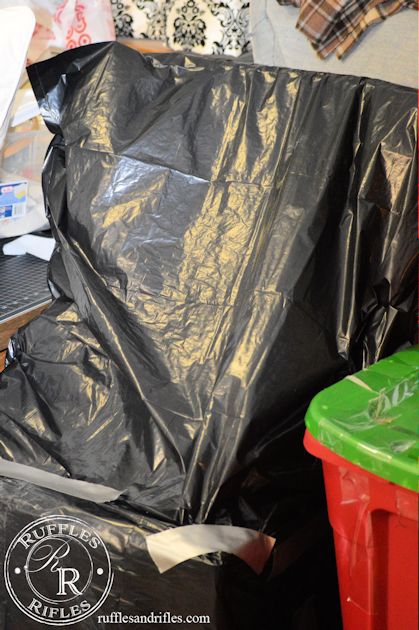 In the process of restoration, there are no shortcut or quick fixes.  The renewing of the mind takes time.  New habits have to be established by healthy decisions, which in the process creates new pathways to the brain.  Real restoration, recovery, rehabilitation takes months and years, not weeks.  I ended up letting my chair sit for nearly five months, hidden away under black plastic and smothered in baking soda.

We then decided only three bar stools would fit at our next home, so I sold the other two smoke-laden chairs to a friend who was not afraid of the daunting task of extracting smoke from furniture.  She suggested two things, apple cider vinegar and Murphy’s oil soap.  The plastic bags came off, the baking soda vacuumed off.  The smell was greatly dissipated, but still showed a small resemblance from where it came.  I did several heavy coats of straight apple cider vinegar, and Murphy’s oil soap, and the next day did the same thing.  For the most part, the chair was restored.  Honestly, unless my nose is pressed up against the seat, I cannot smell any sign of its past.  The seat back and legs are totally fine, and the chair as a whole doesn’t produce a new unpleasant scentsy aroma for our home.  My super-sniffer doesn’t lie. 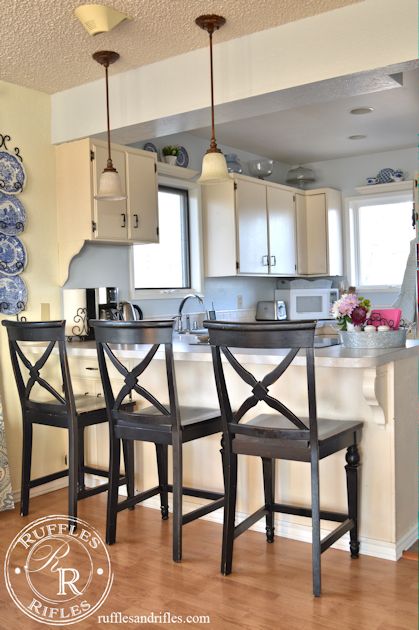 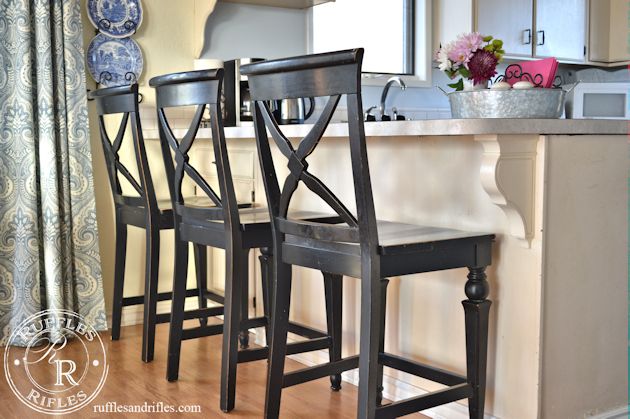 I still want to paint all three bar stools, but haven’t decided on a color yet. (I think I am going to paint the island in our new home a grey, and so I am debating on a family friendly color that doesn’t involve too much cleaning, and doesn’t blend in, etc).  In the mean time, the two bar stools we have had the longest have a lot of scratches from over the years (think natural distressing and patina). 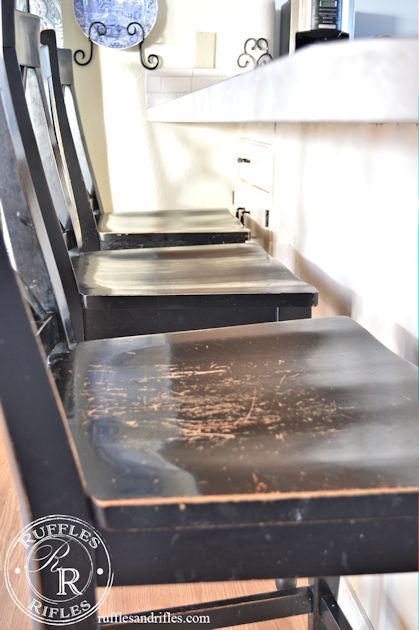 I actually sanded the new bar stool down in places so that it wouldn’t be a glaringly different from our originals, although there is a substantial difference.  But, for now, we have three bar stools that are as close to matching as I could get. 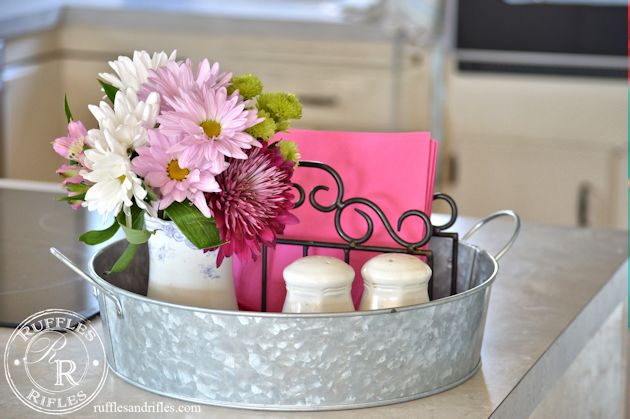 I’ll keep you updated on the conclusion to the color of the paint for these bar stools.  Until next time…

Thank you for stopping by!

2 Responses to Bar Stool Drama and Lessons in Smoke Restoration