The snow has been in a hurry to melt the last couple of weeks. The drift that locked the greenhouse door shut all winter quickly evaporated and we could let ourselves in. My husband and boys, already infected by spring fever went out to work, organizing the glass house. When we moved in last summer, the amazing greenhouse became little more than a glorified shed.  It was used by my mother-in-law for cultivating tomatoes, cucumbers, basil and some tropical flowers, but in the flurry of a move and pregnancy, it went to storing miscellaneous things from ladders to bicycles, leftover potting tools and winter sleds; it basically became the “top drawer” of things that didn’t otherwise have a place.

But amongst our stuff, there are remaining treasures from years past, antiques and farming things from the Depression-era farmer – giving it character beyond an atrium created for new life. One of those pieces was rustic carry-all container, filled with pots, trowels and cobwebs, but for over year I had been imagining it bringing farmhouse charm to that table of ours. 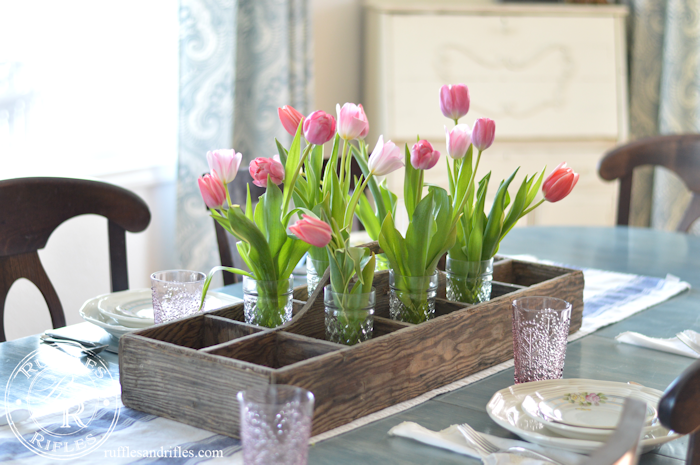 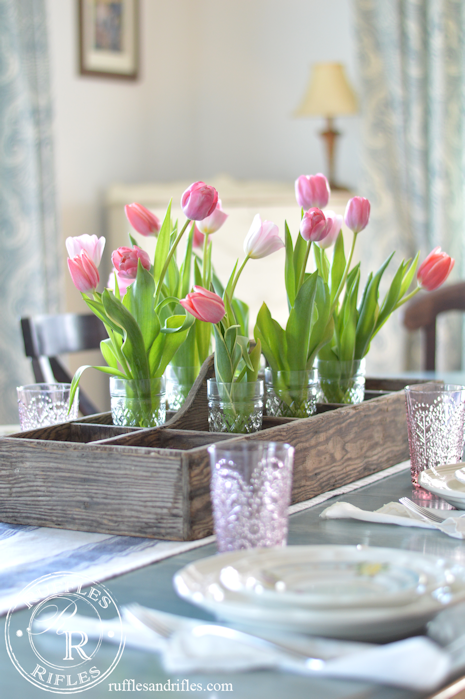 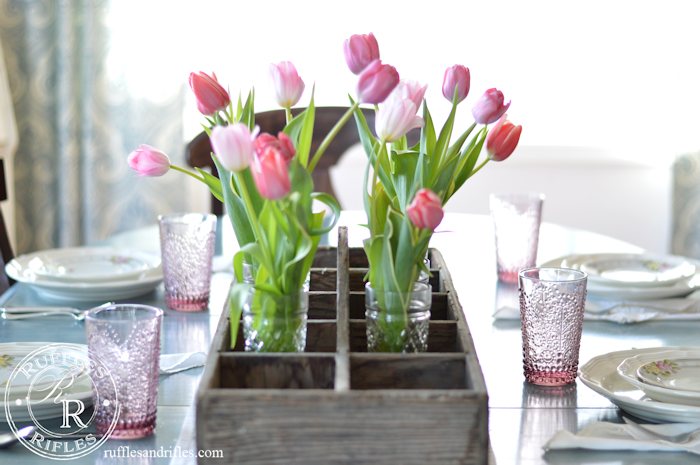 So when my husband brought me home three bunches of pink tulips one Saturday morning, I found myself in the greenhouse, retrieving that rustic piece from hiddenness and making it a centerpiece. I knew it would be the perfect touch to a sweet spring table.  I cleaned it up, dumped out some dirt and cleaned out the cobwebs, filled it with six vintage glasses I had recently found at a thrift store, and those pink tulips that were singing a song of spring. 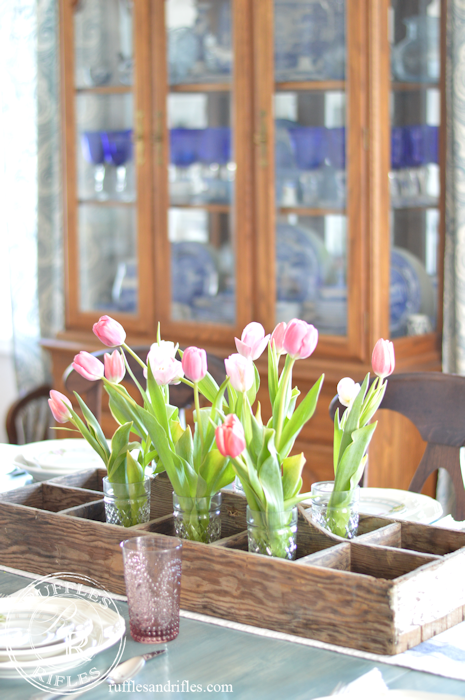 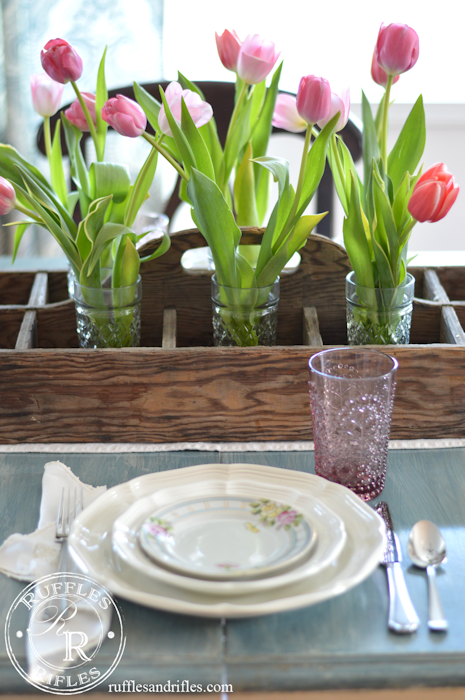 In the context of Holy Week, as I brought that piece in for the table, I kept thinking of those metaphorically outside that had been brought in. Like Rahab. Rahab the prostitute. The prostitute. When Jericho was captured, Rahab and her family were spared because of her faith. But they weren’t immediately allowed to dwell with the Israelites, instead they were brought outside the camp, because they were unholy, impure. Believing in God didn’t purify one from their sins, only sacrifice purified. But we know, from the genealogy in the gospel of Matthew she was brought inside the camp. She was a great grandmother in the lineage of Jesus. How could a prostitute be in the lineage of Jesus? 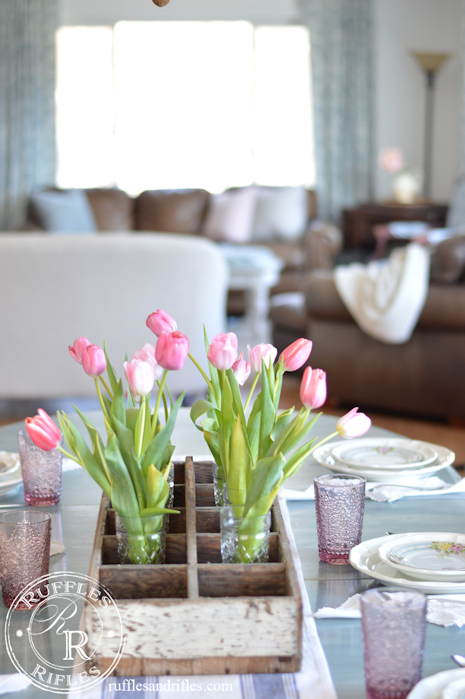 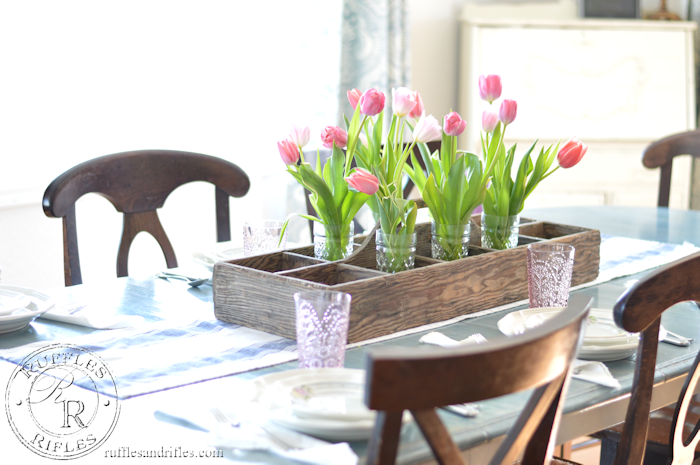 She was brought inside. A sacrifice made her pure, faith in a restoring God made her whole. 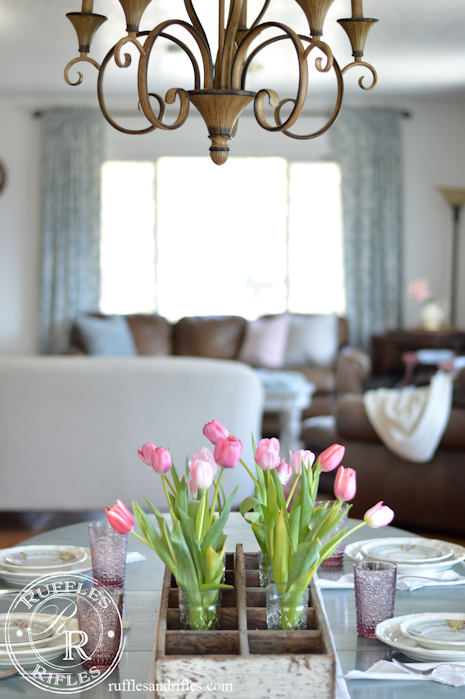 And Jesus, the great-great-great…grandson of Rahab, went outside the camp to suffer and die (Heb 13:13) so we all could be brought in. Cobwebs of our heart removed, the dirt washed off, the inner most parts purified, and set apart by His blood sacrifice. The broken made beautiful. The dirty made clean. The worn-out and used-up made whole.

We have been brought in. 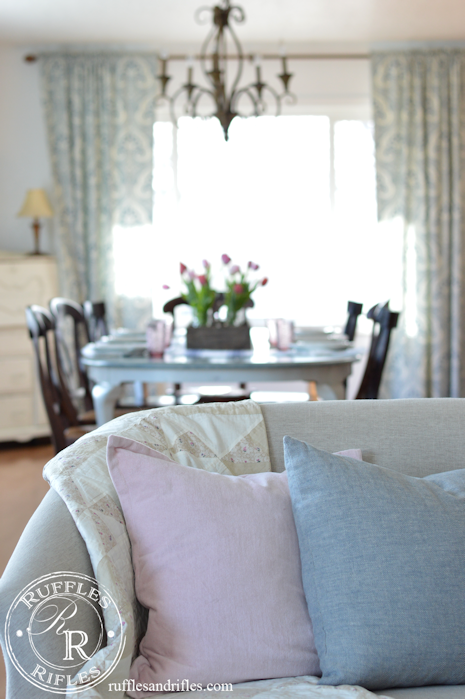 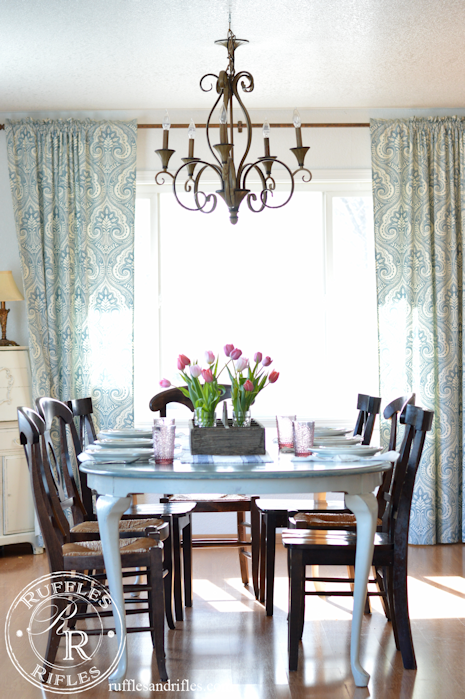 May this week bring us all new revelation of being brought in, living restored.

4 Responses to A Tulip Table with Rustic Charm