I took my time decorating for Christmas this year.  I wasn’t in a hurry to get it done, I just enjoyed the process.  Rather than a task to check off, I invited it as part of the joy of the season.  The process of decorating is one of my favorite things, and Christmas all the more.  The old pump organ has become my mantle (since we have no fireplace) and I enjoy the shifting of seasons as much on the top of the organ as watching the change outside. This year, I wanted light and white. So I kept the chunky white re-purposed  candlesticks, added brass candlesticks and a brass tray with a fluffy white swan my hubby brought me from Anthropologie a couple years ago. 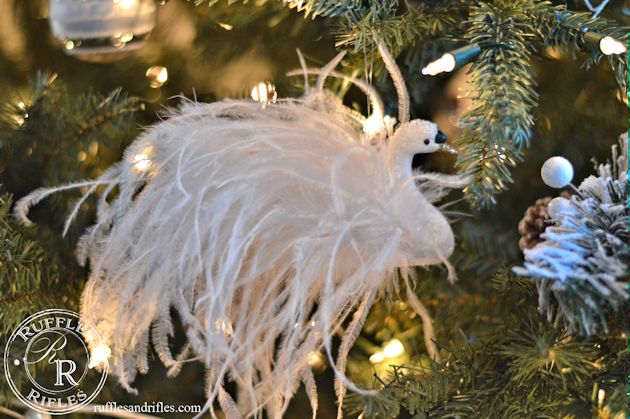 It made me smile, the glimmer of lights bouncing off the mirror. Simple and yet elegant. Photography is always a trick in November through February in Alaska, but I took out the camera while the sun broke through the cracks in the clouds late Thursday morning. While the photos weren’t great, I captured a glimpse of the rearranged living room and organ dressed for the holidays. What I didn’t realize is how our home would be un-decorated less than twenty-four hours later. 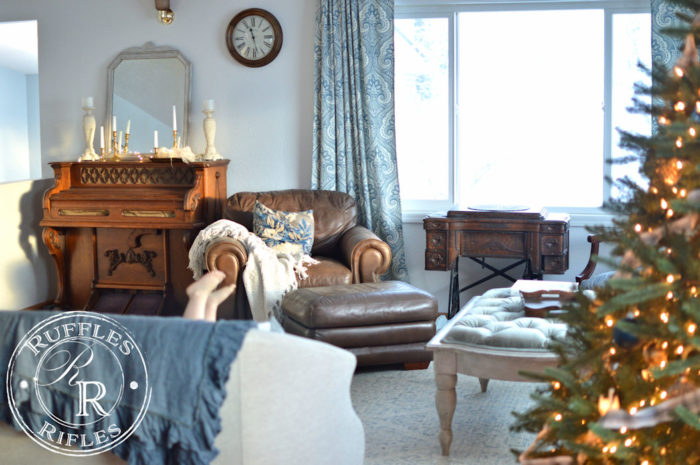 By the grace of God, I was in my living room with my two youngest children when the earth abruptly heaved and shook at 8:29am on Friday, November 30th. Like a mama hen I gathered them close and hunkered down, trying to calm their terrified souls when my heart was beating outside my body. We heard the earth heave like a freight train barreling through. While most earthquakes we frequently experience send plates rattling, this one sent plates colliding. Plates colliding below the earth brought plates colliding out of cupboards, things smashing off of shelves. The floor felt reminiscent a small boat in turbulent seas. The sound of breaking glass, boards and foundations of the house being tested.  The Richter Scale pronounced it 7.0, but our hearts begged, never again.

I barely noticed the 90 year old mirror that slid off the even older organ until the underground battle stopped. The giant mirror, and candlesticks, broken, leaving the 140 year old organ with new scars, abrasive scratches dents and a sharp edge. Some people lost so much in the earthquake.  Many houses and business were damaged structurally and will take weeks if not months to repair. We didn’t lose a lot, but this organ has new scars. It will always tell the story of an earthquake that shook Alaska off its feet. 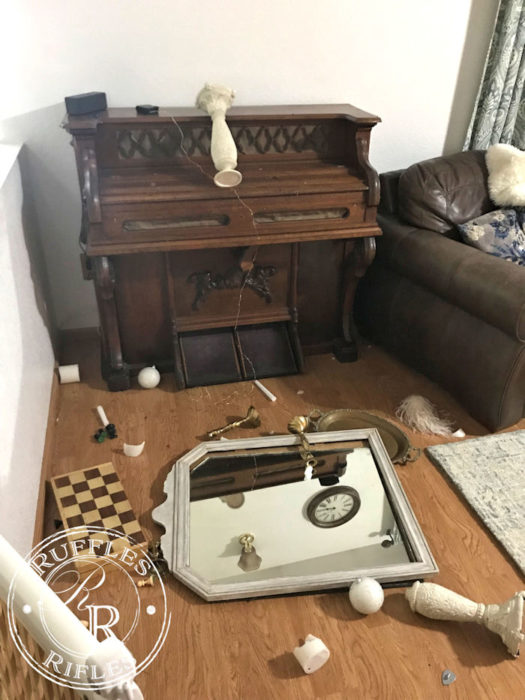 If the organ could speak.

I told my boys they would never forget the day, where they were, the emotions, the jittery nerves and heightened awareness to deep tones of the earth groaning for yet another nerve wracking aftershock, hiding under the tufted ottoman at every new shift and quake. 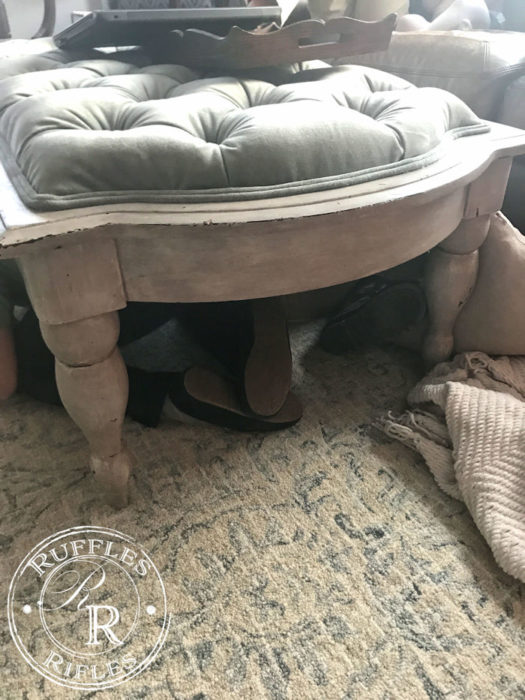 I observed the damage to the organ that has existed since 1877, the dents and marks permanently marking this day.  If the organ could speak. What stories would it tell? Would it talk about being crafted in a day where women wore long skirts and bustles and transportation was dependent on horse and buggy? Would it tell of the steam locomotive that weaved its way through the land to find it’s way to a port city? Would it recount the rough sea journey beyond the US to a land called Alaska where only the bravest of men and women survived? Would it recount the woman who played and practiced from the hymnal for every Sunday morning service? Would it tremble telling about the earthquake from 1964, how the earth rocked rolled for four and a half minutes that Good Friday gone bad? 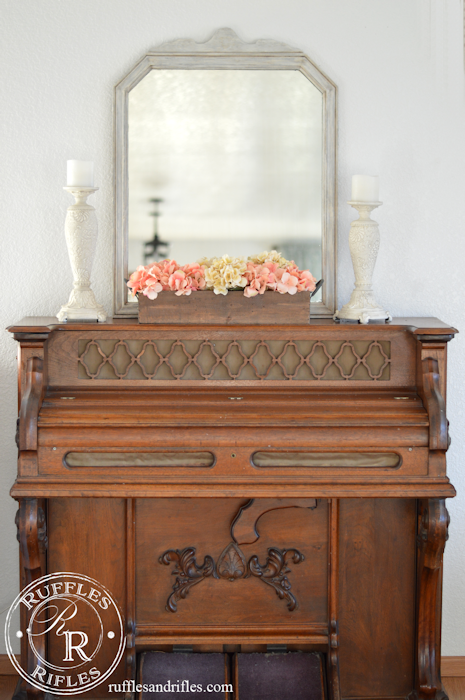 Would it smile at the delightful girl making sounds from the pulls and twisting the stool around and around like a miniature merry-go-round? Would it roll its eyes at the woman who now dresses it like a seasonal catalog? 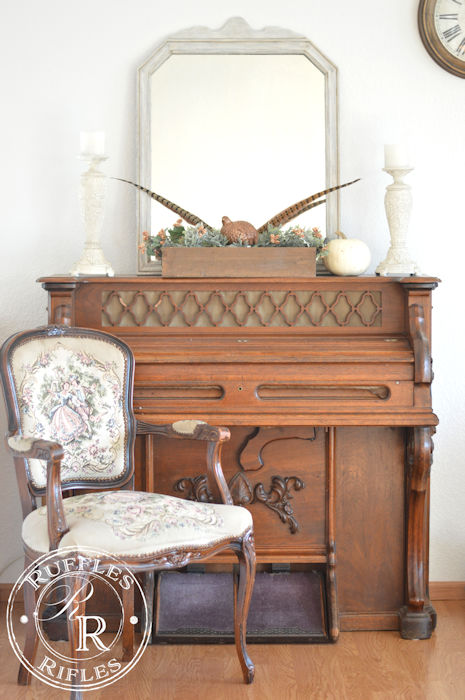 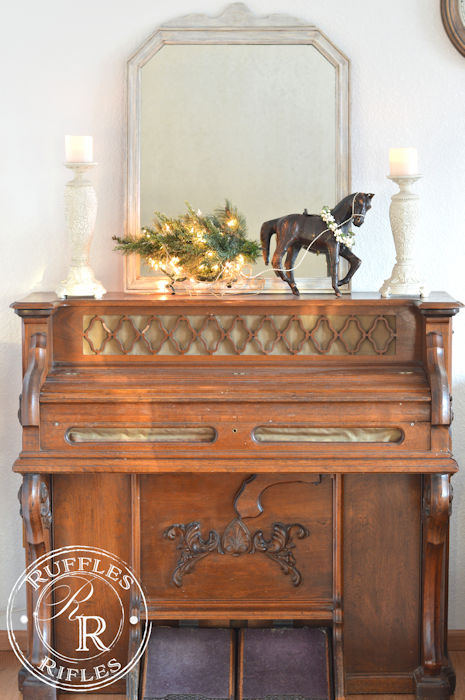 Would it wince as the earth shook again, watching a mother comfort her small children, helpless, as things crashing left permanent abrasions, scars that could always recount a story? 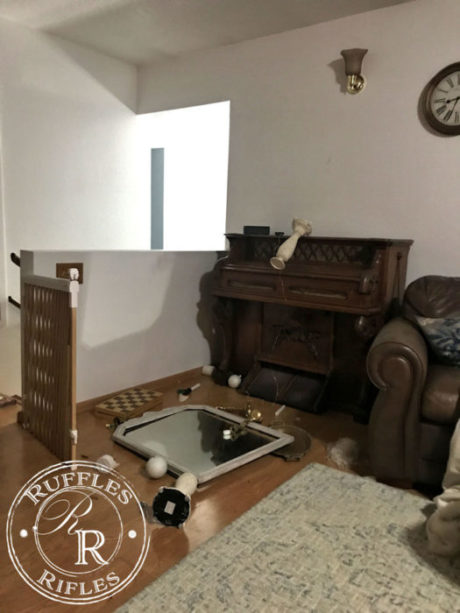 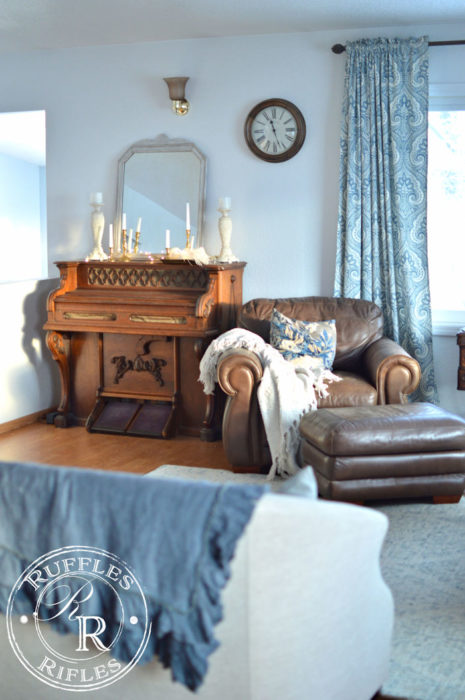 Or, would it recount the scars as a story of grace?

Every scar is simply a mark from a wound healed.

Every wound healed is evidence of grace.

Grace always tells the story of the faithfulness of God.

If the organ could speak, maybe it would tell you of grace. That the scars left by the fall of a quake tell of a story of God with Us in the midst of shaking. Everyone in sounthcentral has a story that day, grace extended let not one life be lost. Damage was done, some extensive expensive damage. But the scars, like every healed wound, all bear the story of incredible grace.

Maybe rather than hiding our scars, we should embrace them as a part of our story, evidence of healing, bound up in grace.

What grace story do your scars tell?

P.S.  We are blessed by your prayers as we continue to put things back together and let our hearts and nerves heal.  Also keep those affected even more terrible by natural disasters, like in Paradise, California in your prayers!  That they will see the grace of God in the midst of their heartache and devastation.