Home » Devotional » When Summer Is Masked by Storms

I came into summer with expectations.  Not absurd expectations, like winning the lottery, but summer expectations.  I hoped for warmth and sunshine, which until recently we’ve experienced very little of.  I wanted to hike and work on furniture projects; but both have been hindered by mysterious health issues.  I hoped to get a lot of things done, to check off my to-do list, to get caught up and ahead on my blog. Instead, I’ve felt more like a chicken running around with my head cut off, running to this appointment or that, taking kids here and there.  Instead of summing up my summer as a tally of tasks, I have little to show as an accomplishment.

But in a text conversation with a dear cousin, she reminded me all wasn’t for waste, we’ve made one thing for sure.  Memories.  We’ve made lots and lots of memories. 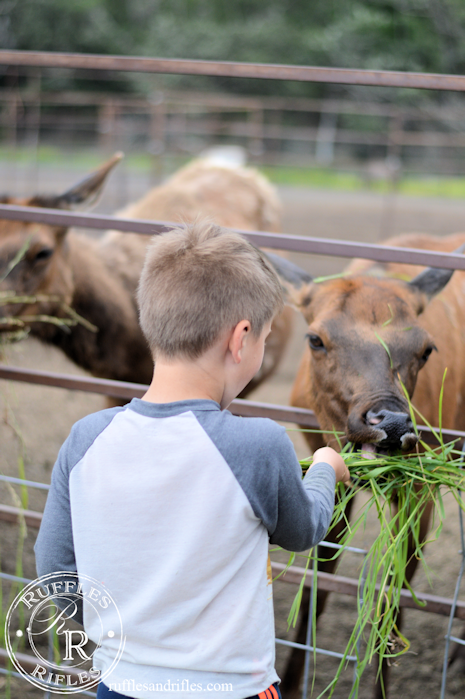 Camping memories with friends and family, memories with our beloved puppy Caspian. A rainbow that formed in front of our mountain as we talked, and watched as an eagle flew through the arching colors. 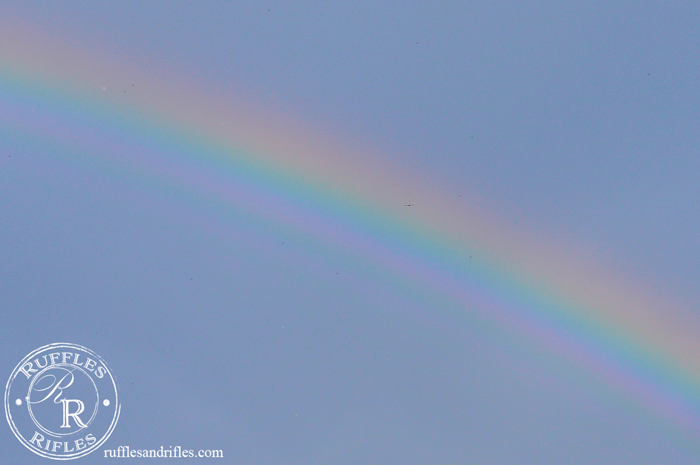 Smores by the campfire.  Playing in the rain. And most of the memories, were not captured on the iPhone camera or even my Nikon. 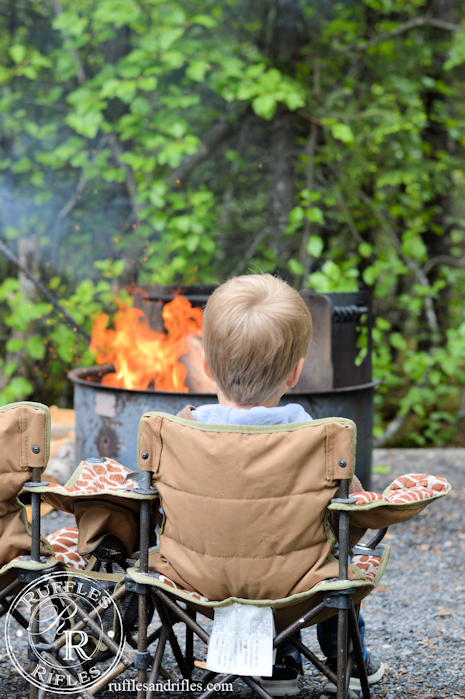 But they’re set deep in hearts; and those memories will last a life time.

And so this summer has been an exercise in intentional gratefulness, and being thankful for the moments.

In mid-April we brought home a golden fluff-ball of a golden retriever puppy, equipped with a dog kennel, food, enough toys to make a puppy happy-land, and a green dog tag with the word CASPIAN written across. He was ours, bonding with messes and kisses, the sweet champagne colored pup crawled into all our hearts, even those who didn’t profess dog-love prior to the invitation. He was a gift of the father, a dad who didn’t particularly ever want a dog, was moved by his son’s heart, and so we became a fur family. 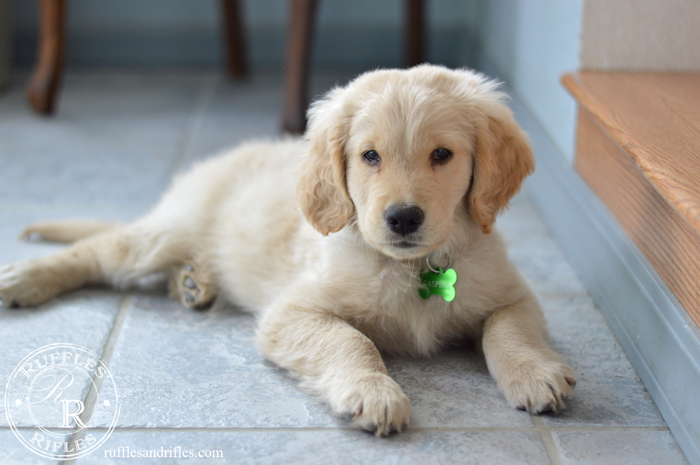 But what we didn’t know was the puppy’s heart was broken, a defect from birth was recently revealed that he has severe heart disease.  With medicine the sweet dog was given a short window of 2-3 years to live.  2-3 years to be loved. Broken hearts break hearts when love connects the two. And tears accompanied my son and I out of the vet’s office that Thursday morning.

Sometimes summer feels more like winter and seasons we thought were coming turn out to be a raging storms that don’t relent. I had been meditating on storms. How Jesus was peace in the storm. How Jesus sent his disciples into the storm. Then there’s Job. The guy with the story nobody wants to read, because it would drag the joyful into a long, dark depression. A man who lost everything. Everything. A man who went through an epic storm, and consoled by friends who talked rather than listened. The last friend saw the storm forming and had a lens to see God in the storm. Yes, God was in the storm all along. And then God spoke through the storm.

If the storm had come at the beginning of Job, would he have been able to process the pain differently?

So my son, with the now broken heart, processed and prayed. He prayed with full faith that God could still heal Caspian, because he knows God loves all His creation. And then, my ten-year-old son, with words anointed with wisdom, spoke from the back seat, “you know Mom. You know we didn’t sin.”

“Of course we sinned, we all sin,” I corrected.

“No, Caspian’s heart doesn’t have a murmur because we sinned. You know, like Job…”

Like Job. As if he had been reading my own heart. 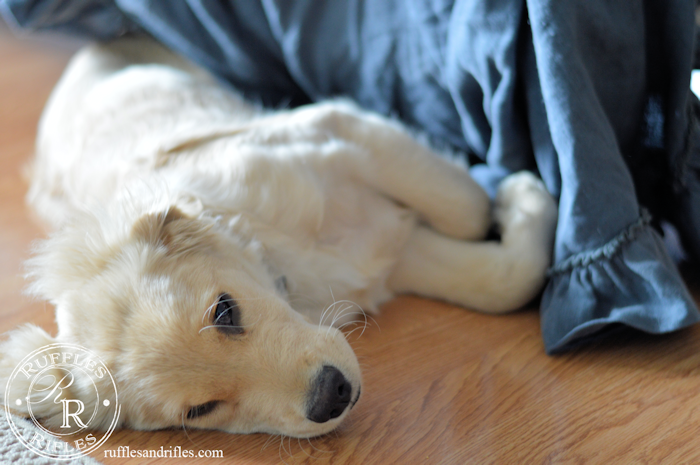 “We didn’t sin, God isn’t punishing us for having this happen to Caspian. Like Job. He had all that hard stuff happen to him and his whole family died. And God was just testing him and he still believed in God and God is good. And that’s what I think God is saying to us right now.”

I teared up by the profound sermon preached to me from the back seat by my ten year old. Because hard stuff happens. And if I can be honest, I am exhausted by the storm that’s been raging the last countless months. In the midst, God is speaking through the clouds, through the lightening, through the waves, and through the thunder. He doesn’t always provide the answers we’re looking for. He doesn’t always answer the prayers the way we want. But He’s there, walking on the waves, inviting us to experience the peace that we can do the same. 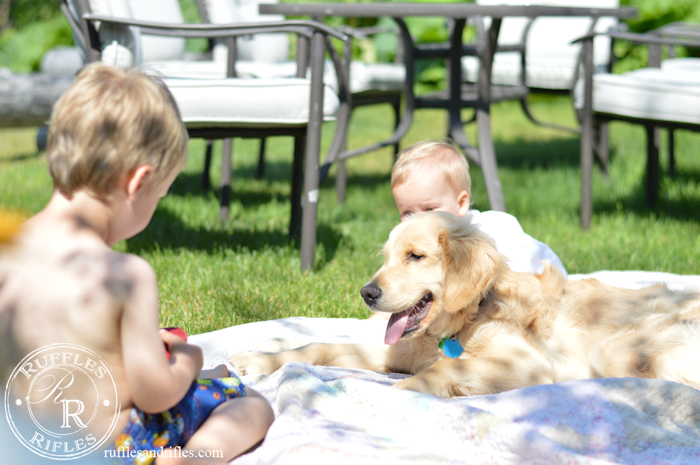 And we have to take out our looking glass, and with eyes of faith see beyond the storm. Sometimes the waves crashing, and the darkness is all we see. But there is always hope, always restoration. Storms don’t last forever. 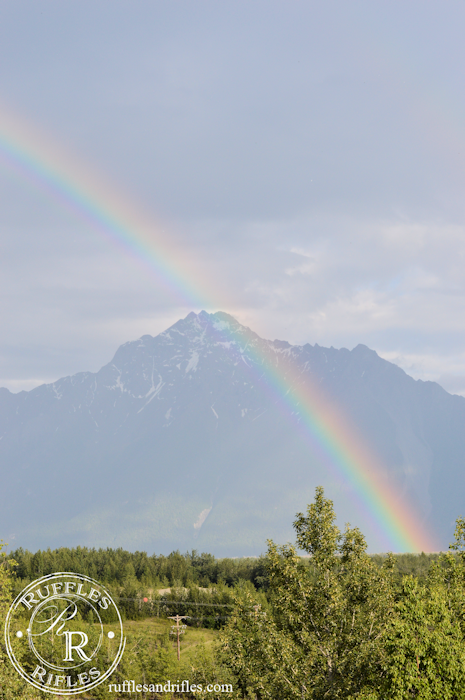 The summer I didn’t expect ends in God’s goodness, He surprised us with another unexpected. My sister and her family who I haven’t seen in 3 ½ years were gifted tickets to come home from Australia, and literally we end our unexpected summer, unexpectedly with the blessing of family!

We are grateful for every single breath, every single day, all the memories, joys, smiles and even the tears.  Because, even in the midst of the tears, God shows up in goodness and paints rainbows of hope for a new day to come.

P.S.  I hope you find the blessings in the last days of summer.  I’ll be back with more projects, inspiration and lessons in faith in a couple weeks.  I’m going to take more time just to make memories.

8 Responses to When Summer Is Masked by Storms